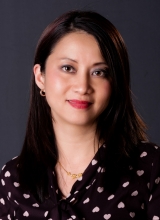 On a hot summer day in August, my office phone rang. The president of a telecommunication business based in California asked for help.  The company was named a defendant for a breach of contract case in a superior court in Boston. The client had never heard of the plaintiff or never operated in the plaintiff’s types of business, nor has it done any business with plaintiff or signed this contract. The plaintiff claimed for a half million damage. It was obviously a contract fraud. Out of caution, the client immediately filed a claim for identity theft with a federal government agency governing the industry.

The plaintiff appeared to be a large offshore corporation with a Boston office. It was represented by a big law firm. The client brought to the attention of the plaintiff’s counsel that his signature on the contract was forged, and he never used the email address provided on electronic signature for this contract. The plaintiff counsel told the client to provide evidence to support his position and asked client “do not worry about answer the complaint on time.”

In Massachusetts, a defendant has 21 days to answer the complaint after being served. If it fails to do so, plaintiff can ask the court to enter a default judgment against the defendant, which is the remedy plaintiff asks for. The defendant then loses his day in the court and the opportunity to defend. Relying on plaintiff counsel’s statement, our client did not answer the complaint, and instead, continued persuading the plaintiff to dismiss the case. In about three months, the plaintiff counsel filed a motion requesting the court to enter default judgment against client, without referencing any of their communications or disclosing to the court that she advised our client not to worry about filing a timely answer. Our client then freaked out and called for my professional assistance.

The contract our client was sued on comes with an Adobe e-sign report. The structure and contents of the contract appears to be very sloppy. First, the entire format is strange. It is not a conventional Word converted PDF file, but it appears some parts were cut, copied and put together. Second, the words throughout the contract are in drastically varied fonts, styles and sizes. Not to mention that our client never used the e-mail address shown on the contract, and his alleged signature was in no way close to his real signature.

Our imminent goal is to prevent the court from issuing the default judgment. We immediately filed an answer to the complaint, which successfully kept the default judgment being entered. This entire case is a fraud and should not have been filed with the court. Our next goal is to persuade or pressure the plaintiff to voluntarily dismiss the case. This is the most cost-effective approach to end the case. Or we will have to file a motion to dismiss, which takes tremendous effort and costs client more money.

On the other side, we were deeply disturbed by the plaintiff counsel’s bad faith act. She misled our client to believe that not answering the complaint on time had no consequence. However, our client should not have relied upon an opposing counsel’s ill-intentioned advice. Should our client had engaged lawyer earlier, it would not have led to the plaintiff’s asking the court to issue default judgment. The Plaintiff counsel is on the opposite side working for the best interest of her client. We are particularly concerned about why she failed to recognize the apparent defects in the contract and probe on her client about more facts surrounding this transaction in question, or she chose to turn blind eyes on it. Under either circumstance we consider it incompetent legal representation, or more seriously, a breach of a lawyers’ professional rules by acting with gross negligence to seemingly unlawful activities.

We conversed with the plaintiff counsel further demanding the dismissal. We provided a thorough list of reasons to support our position. Our client would be willing to certify that it had never engaged in the types of business set forth in the contract. Observing the plaintiff counsel being arrogant and dismissive, we attempted to turn her attention to moral and professional ethical standard. She kept on asking for a proof from the government agency with which our client filed a complaint for identity theft. She deemed this complaint as our best defense for being wrongfully accused. We deemed it as an excuse for not let our client go.

Meanwhile, we consulted with a document forensic company (https://dataminediscovery.com/), whose professional advice has become the most powerful tool for a “fatal strike” on the plaintiff. We obtained from the plaintiff the original e-signed contract. After further examination, the forensic expert advised that our client’s signature is a photocopy scanned onto the contract, not an electronic signature signed through AdobeSign. We were further instructed to ask for access to the AdobeSign transaction audit report for this fake contract. Only the plaintiff can grant the access. The forensic expert told us the plaintiff would not be able to provide such a report should the contract was not actually signed through AdobeSign. As predicted, the plaintiff counsel did not respond to our request for a week, and immediately followed was their dismissal notice.

This ordeal lasted for about seven months from the date our client was served the complaint. Our office used two months to fight to achieve the ultimate justice for our client.  When one is accused through a fraudulent scheme, it can be frustrating. Knowing what the right legal tools are and how to use them is instrumental to one’s vindication.